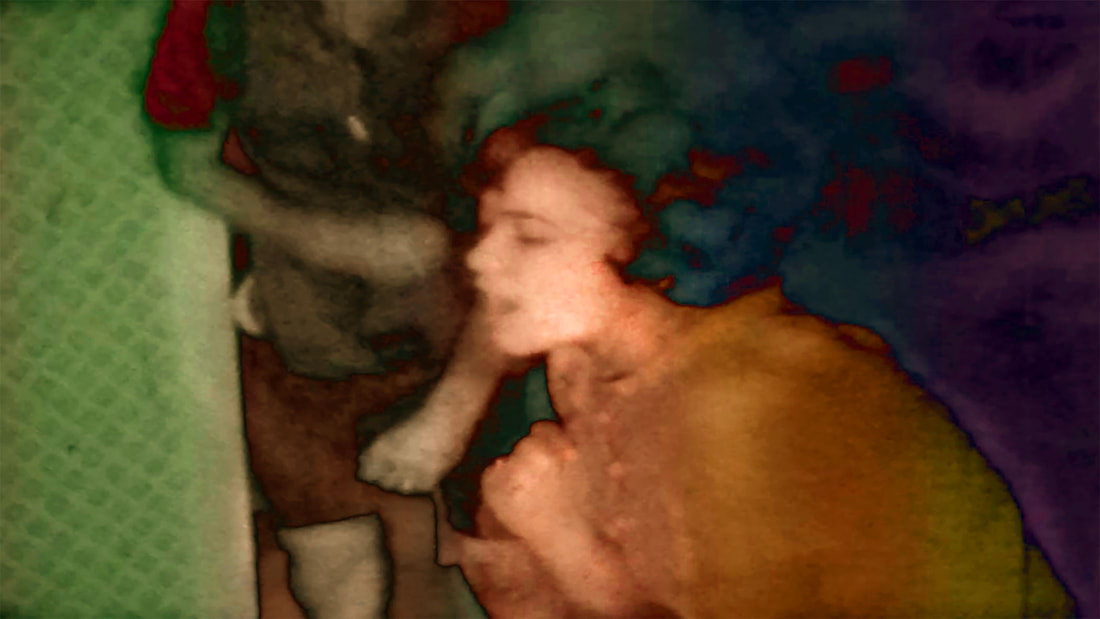 Infinite Spiral uses found footage from some home movies I bought online. It was shot on regular 8, black and white film. Based on clothing and hairstyles, it looks to be early to mid-1960s. While likely shot by an amateur, it has elements of cinéma vérité. Handheld camera, participation in the action, direct observational approach, and so on. Small film format graininess adds to the appeal. Then there’s the dancing. So sixties. What music was playing? Motown, Kinks, Stones - no telling. Constant movement. Lost in the rhythm. Swept away by it all. Color and digital effects were added to heighten this. A soundtrack of driving beats, noises, spoken voice and indecipherable singing further push the delirium. Finally, the friends take a break. One holds up something to the camera and is reprimanded. What it is, I haven’t figured out. That’s the mystery and attraction of found footage.